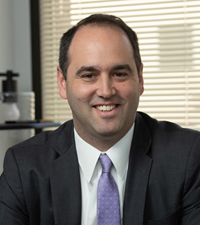 Chuck Baker joined ASLRRA as President after a 15-year career in the railroad industry. Before joining ASLRRA he was a Partner at Chambers Conlon & Hartwell (CC&H), where, in addition to the ASLRRA, he represented clients such as the National Railroad Construction & Maintenance Association (NRC), the OneRail Coalition, the American Railway Development Association, Norfolk Southern, and Canadian National. For the NRC, Mr. Baker also served as its President. In that capacity, he had responsibility for the association's core financial, operational, and legal programs, including the federal legislative and regulatory program in front of both Congress and the Administration. For the OneRail Coalition, a coalition of freight rail, intercity passenger rail, commuter rail, rail labor, and rail supply industry interests, Mr. Baker coordinated the group’s activities and messaging. Prior to joining CC&H, Mr. Baker worked with the Surface Transportation Policy Project in Washington, D.C. Mr. Baker has also worked for Deutsche Bank Securities as an investment banker specializing in Corporate Finance and Mergers & Acquisitions in San Francisco, CA. Mr. Baker is a native of Baltimore, MD, and a graduate of Rice University in Houston, TX. 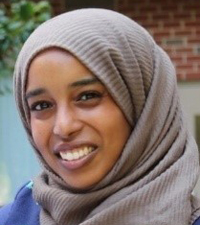 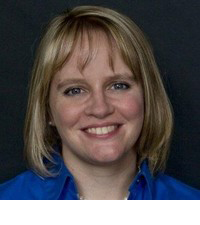 Julie Duriga brings nearly twenty years of accounting experience to ASLRRA in her role as Operations Manager. She assists with customer requests and payments, general accounting matters and internal team member requests. In addition to corporate accounting experience at Highland Breweries, Asheville Regional Airport, and BUILDERadius software, Ms. Duriga has managed accounting for small businesses, and spent eight years as a corporate recruiter for accounting and finance positions before joining ASLRRA. She is also a published author and blogger. Ms. Duriga holds an active CPA license and earned a Bachelor of Science from University of North Carolina, Asheville. 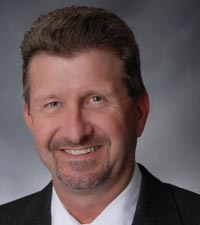 JR Gelnar is an expert in short line safety compliance issues, and serves as the lead in conducting Safety Compliance Audits for our members. Mr. Gelnar is the ASLRRA’s liaison to the Fatality Analysis of Maintenance of Way and Signalmen (FAMES) and Switching & Operations Fatality Analysis (SOFA) industry committees, and ASLRRA’s Mechanical, Engineering, and Safety and Training committees. Previously, he was employed by Farmrail System, Inc. for 27 years where he held various positions with the last being Vice President – Engineering and Safety. Mr. Gelnar started his career with the Hollis and Eastern Railroad and was also employed by the Atchison Topeka and Santa Fe. He is a graduate of Western Oklahoma State College. 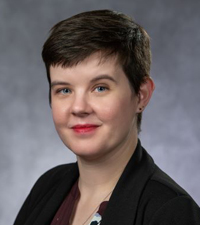 Crystal Gitchell supports the safety, regulatory and legal teams on a range of regulatory and legislative issues. Ms. Gitchell works closely with ASLRRA’s lobbying team at CCH, focused on issues such as truck size and weight, and crew size. She also serves as staff liaison to the Young Professionals Committee. Prior to joining ASLRRA, Gitchell served as government affairs manager for the Truckload Carriers Association in Alexandria, Va., where she was responsible for their inaugural Call on Washington advocacy program. Gitchell did her undergraduate work at Virginia Commonwealth University and earned a Master of Public Policy degree, with a focus on United States Government Institutions and Policy Management, from George Mason University. 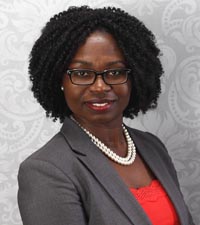 Dinah Idan-Biney oversees all finance, accounting and reporting activities, leading day-to-day financial operations and having responsibility over general accounting, payroll, and grants administration. She also serves as the staff liaison to ASLRRA’s Finance Committee. Idan-Biney has over two decades of experience in accounting, working in both Fortune 100 companies and small businesses. She most recently served as director of finance at the Manufacturers Alliance for Productivity and Innovation. Ms. Idan-Biney holds an active CPA license in Virginia, earned a Bachelor of Science in Accounting from the University of New Orleans, and an MBA from Colorado State University. 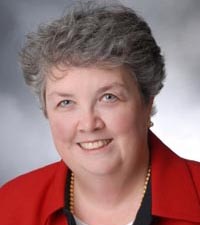 A former reporter, editor, and publisher in the rail sector, Ms. Keeney is the lead contact for membership and many business offerings at the Association. She directs exhibit and sponsorship sales for the annual conference, in addition to serving as staff liaison to the Supplier Committee. Her background includes experience in editorial development, trade show management, membership, sales, marketing, and finance. Even before joining ASLRRA in 2015, Ms. Keeney had a close working relationship with the Association for more than two decades, helping with management and sales for the annual exhibition. She served as publisher of three prominent railroad directories and editor of a monthly national railroad magazine. In addition, she was editor of two short line publications. Ms. Keeney is a longtime member of the League of Railway Women (LRW) and served as publicity chair, scholarship chair, vice president, and president. She was honored in 2012 with the LRW’s Outstanding Member of the Year award, and in 2018 became the inaugural inductee into the LRW's Hall of Fame. She has also served on the board of directors for the ASLRRA and for WTS’ D.C. chapter. She is a graduate of Loyola University of Maryland with a degree in English/Journalism. 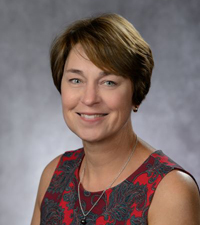 Amy Krouse joined ASLRRA in early 2015 as Director, Strategic Communications. In that role, she is responsible for delivering the story of the short line industry to key constituents including transportation thought leaders, public policy forums, and the general public in support of ASLRRA’s legislative and regulatory goals. Ms. Krouse also collaborates with our Washington Team to broaden an already substantial grassroots network for the short line industry via the state rail associations, and works with the Association of American Railroads to support a pro-rail agenda while adding particular focus to the interests of the short lines. Amy brings two decades of experience in brand and messaging development and deployment for a variety of consumer product companies, including Quaker Oats, Procter & Gamble and most recently for Rand McNally. Amy Krouse earned her M.B.A. at the University of Chicago, Booth School of Business in Chicago, IL and her B.A. at the Elliott School of International Affairs, The George Washington University in Washington, DC. 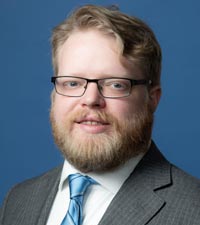 Fred Oelsner serves as the staff liaison to the ASLRRA Technology Committee and represents the association within various industry groups, on topics such as customer service and event reporting, positive train control, geographic information systems, cybersecurity and other topics. He also manages the data and technology resources of ASLRRA, utilized for the association’s DC advocacy efforts, membership services and operations. Immediately prior to ASLRRA, Fred worked for Chambers, Conlon & Hartwell (CC&H), a DC-based government affairs and association management firm, where he utilized data analysis and geographic information systems tools to research transportation issues and advocate policy positions for CC&H’s clients, including ASLRRA. Additionally, at CC&H he developed grant applications for railroads, including those for U.S. DOT's discretionary grant programs, and served as the American Railway Development Association’s manager, handling event planning and day-to-day operations. Originally from Colorado, Oelsner holds degrees from the Colorado School of Mines and the University of Denver. 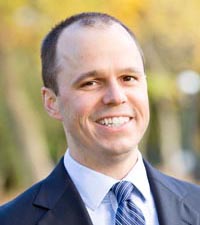 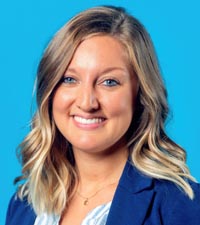 Danialle Richards is a key part of the Member Services team, responsible for member engagement platforms including the website, Twitter, Facebook, Views and News and more. In addition, Richards supports event management and analysis, and member database management. Richards brings a decade of experience in private sector and non-profit organizations supporting member relations, administration, and events, most recently in the transportation industry for Two Men and a Truck. Richards is a graduate of Michigan State University. 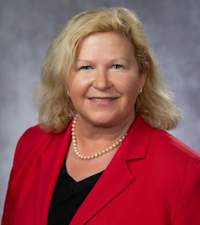 Ms. Jo E. Strang advises and represents the Association’s members nationally in regulatory matters. Prior to joining the association in 2013, Ms. Strang held the highest career office with the Federal Railroad Administration serving as the Associate Administrator for Railroad Safety/ Chief Safety Officer. In that position, for which she was the longest serving in the agency history, she was responsible for railroad safety in the United States. She has testified before Congress and regulatory agencies many times on both safety and security issues. She is a Presidential rank award holder along with numerous other awards. Ms. Strang currently serves as Chair of the Board of Directors of Operation Lifesaver, International, a Board Member for the Transportation Research Board’s AR70 Committee, on the advisory committee for the railway engineering programs at University of Delaware and also Penn State Altoona, represents ASLRRA on FRA’s Railroad Safety Advisory Committee, and is the staff liaison for ASLRRA’s Safety & Training and Environmental Committees. 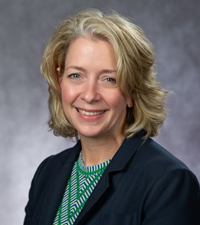 Sabrina Waiss oversees education, training and business development services for the ASLRRA. Her responsibilities include developing and delivering a robust program of virtual and in-person educational content, focused on providing training and support to front line personnel, emerging leaders, and professionals throughout the railroad industry. In addition, Ms. Waiss works with industry suppliers to create bulk buying opportunities that leverage the buying power of the more than 500 short line railroads who are members of ASLRRA, providing critical products, services, and savings to railroads who want to stretch their buying dollar. Ms. Waiss comes to ASLRRA with more than twenty years’ experience in marketing, communications, education, and business and program development. Prior to joining ASLRRA, she served as Director of Marketing and Cause Partnerships for Goodwill Industries International, and more recently as Vice President of Marketing, Communications and Education at the American Moving & Storage Association. Waiss serves as the staff liaison to ASLRRA’s Marketing, Human Resources, and Small Railroad Committees. She holds a Bachelor of Science degree from George Mason University and resides in Alexandria, Virginia with her husband and three children. 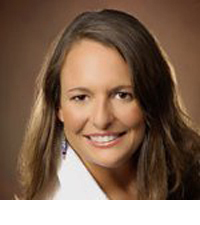 Amy Westerman plans, coordinates, and executes association meetings, events, and programs to educate the membership and broader rail industry. Ms. Westerman comes to ASLRRA with more than two decades of experience in association management, meeting planning, marketing and program development. Prior to joining ASLRRA, she served as Director of Meetings and Education for the Society of Diagnostic Medical Sonography, and more recently as Director of Programs and Services for the Convention Industry Council. Ms. Westerman has held her Certified Association Executive (CAE) designation since 2009, as well as her Certified Meeting Professional (CMP) designation since 2007. 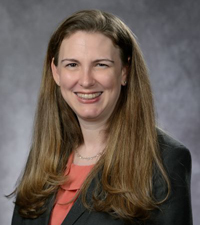 Ms. Sarah Yurasko advises on all legal matters for ASLRRA, represents the short line industry nationally on policy matters, and serves as the Staff Liaison to ASLRRA's General Counsel Committee. Prior to joining ASLRRA in January 2020, she worked at the Association of American Railroads (AAR) as Assistant General Counsel where she represented railroad member interests before federal agencies and courts in addition to serving as counsel to numerous industry safety and operations committees. She previously held positions at Amtrak and at the Federal Railroad Administration's Office of Chief Counsel. She has served on the Board of Directors for the League of Railway Women since 2017, currently in the role of Vice President. Ms. Yurasko has a BFA and a BA from Southern Methodist University, an MA from American University's School of International Service, and a JD from American University's Washington College of Law.