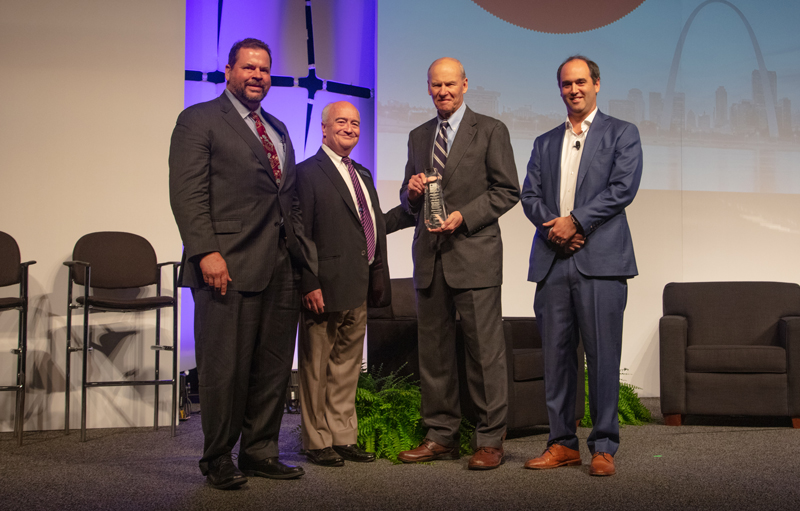 LTG (Ret) Richard F. (Rich) Timmons served as president of American Short Line and Regional Railroad Association from 2002 until his retirement in 2014. Many of the Association’s key initiatives were instituted under his leadership, including the Short Line Rehabilitation Tax Credit (45G), the establishment of the Short Line Safety Institute, and the creation of training programs and compliance templates for member railroads. Mr. Timmons was also a tireless and highly respected advocate for the short line industry, represented the interests of these railroads before Congress, Federal and State regulatory agencies and on the policy and technical committees of the U.S. railroad industry. He regularly provided key testimony before Congress, the Federal Railroad Administration, and the Surface Transportation Board highlighting the benefits of short line service to shippers and the small town and rural communities they serve.

Prior to joining ASLRRA, Mr. Timmons was employed with Norfolk Southern Railroad as the corporation’s chief political liaison to the states of Pennsylvania and New York, representing the corporation's interests in the areas of legislative and regulatory policy. In addition, Mr. Timmons served for 32 years in the United States Army, retiring as a Lieutenant General. His career included a range of operational, political and staff assignments, including Commander of the Eighth Army in Korea, Chief of Staff of the United Nations Command in Korea, Commander 7th Infantry Division, Executive Officer to the Secretary of the Army and Army liaison officer to the U.S. Senate.

Mr. Timmons is a graduate of the U.S. Army War College and holds a bachelor's degree in history from Virginia Military Institute, a master's in personnel administration from Central Michigan University and a master's in journalism from the University of Alabama. He has completed postgraduate work at the Yale School of Management, the John F. Kennedy School of Government at Harvard University and the U.S. Army Command and General Staff College.

General Timmons, while President of the American Short Line and Regional Railroad Association, was named Railway Age’s 2006 Railroader of the Year.

To view the criteria for this award, please click here.